Soliloquy is a radical re-invention of a solo recital. It subverts the hierarchy of traditional concert music presentation by inviting 40 untrained participants to share a stage with a virtuoso musician and a professional contemporary dancer.

In a time in history where we need urgently to reimagine our relationship to the past and to one another, Soliloquy emerges from listening.

Soliloquy embeds a chorus of untrained participants in the performance of Georg Philipp Telemann’s Twelve Fantasias for Solo Flute. The participants meet and rehearse only on the afternoon of the show. Given simple directions, they become a living part of the music, creating a participatory music-dance ritual.

For a time in my adolescence, I was possessed by a recording of Frans Brüggen playing the first of Telemann’s Twelve Fantasias for Solo Flute. Something about the incantation of its opening was bewitching. I played it for my cousin’s funeral, the only thing I could think of to ease all that family pain.

I never learned the other eleven properly. The first was too tightly wound with grief for me to imagine a relationship with any of the others. Yet not so long ago, on the final leg of a long-haul flight, somewhere high over a snowbound landscape, I surprised myself by scribbling Telemann’s title in my journal. Unexpected things emerge on planes; in that suspended state I often find myself dreaming and making lists.

Re-reading my gnomic scribble during that magical week between Christmas and New Year, the year ahead dancing with the promise of something unknown, the old one quietly slipping away, I thought of devoting myself to one fantasia a month. I like their solitude. Climbing inside them, I can hear the workings of a brilliant mind. They’re private. Introvert. They could be my personal diary for the year ahead.

I thought a lot that year about the compulsions of an artist in pursuit of an idea, the quiet obsessions that shape the way we live.

I recorded them in a marvel of a room. A glass wall looked out on to cycads and eucalyptus maculata unfolding down to a billabong. Sometimes the birdsong outside crept in, and you could hear the roof creaking and groaning.

Tracing this Telemann diary was acutely personal. It became a soliloquy – a series of moments out of time, out of earshot, diving ever deeper into sound, into memory, dream, and wonder. 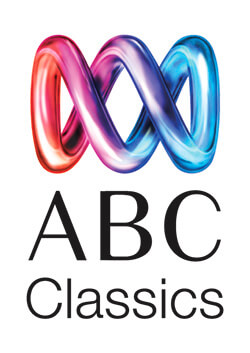