Using found and environmental sounds as well as newly composed material, Genevieve creates poetic, sensual worlds in which it is possible to be deeply attentive. The practice of listening is central to her works, which are always created collaboratively. Recurring preoccupations include flight and birdsong; tracing passages of time and light in sound; reframing old rituals for contemporary times. 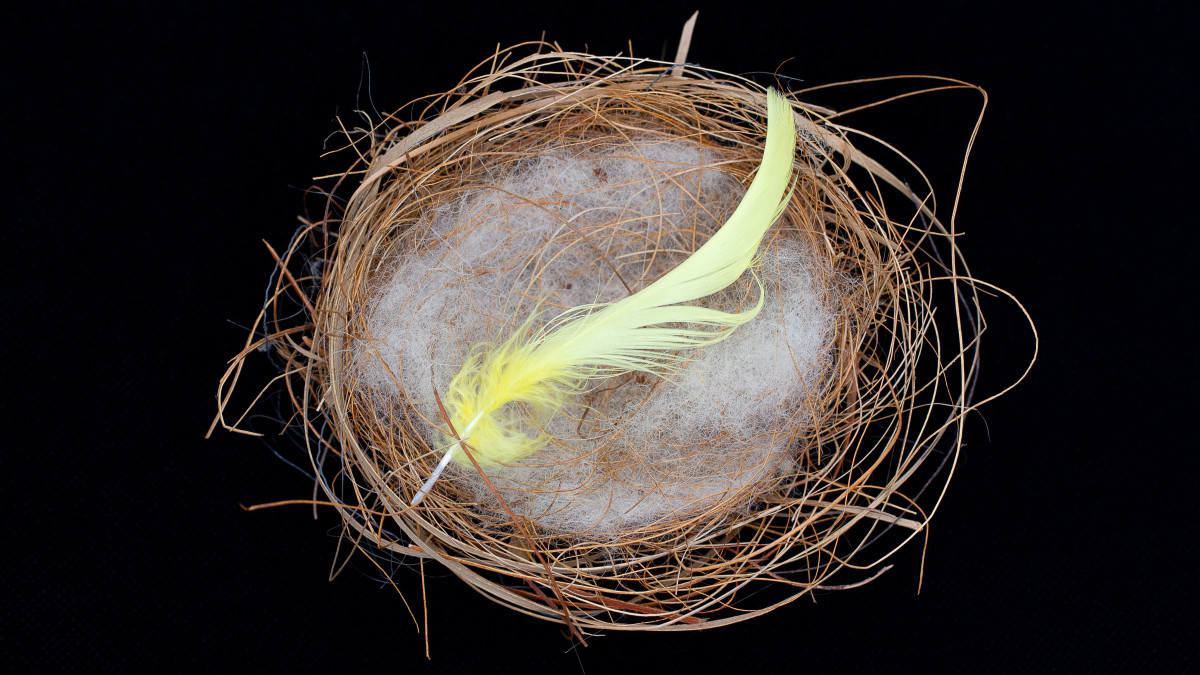 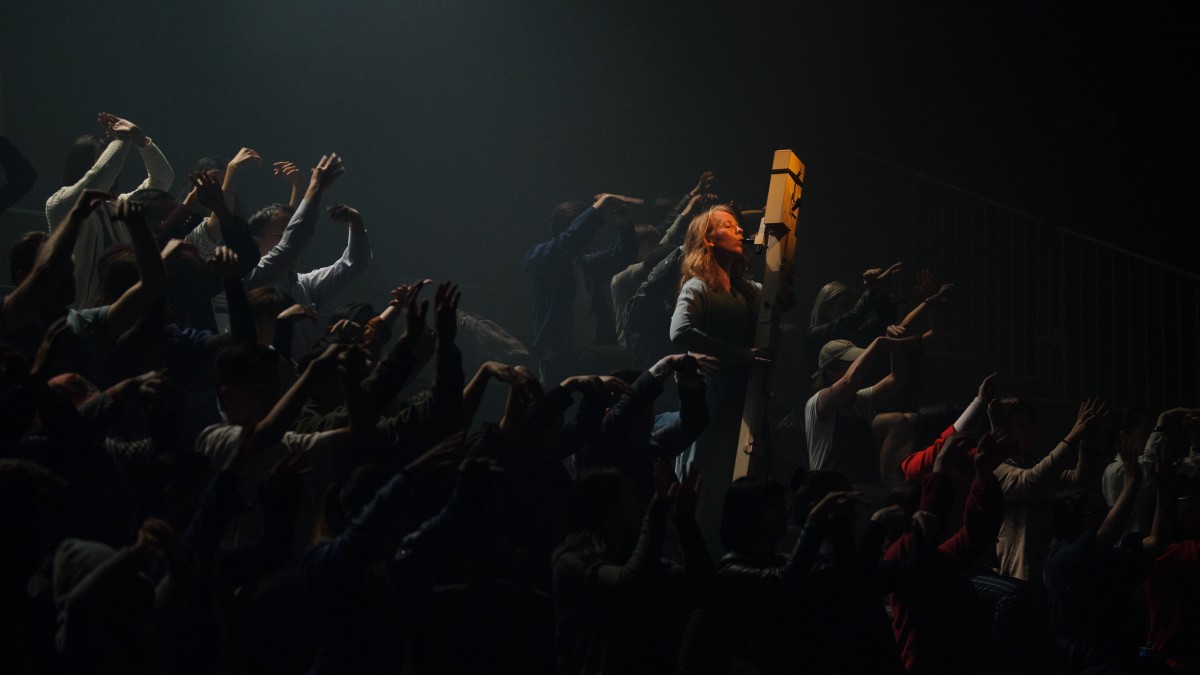 The incomparable Genevieve Lacey.
The Australian

Best of all was Vivaldi’s C Major Recorder Concerto, played by Genevieve Lacey with a combination of sensuality, wit and mind boggling flamboyance.
The Guardian

A wonderfully inspired, nature-themed concert experience has taken place in the Adelaide Hills that one feels sure has never been attempted before. At the superb new Ngeringa Cultural Centre concert hall, recorder virtuoso Genevieve Lacey devised a series of performances spread across two days that explored the different qualities of light over a 24-hour cycle. Starting with “daytide” in the morning, then noon, dusk, “owl light” and back to morning again, she and her artist colleagues had the audience captivated from start to finish. There was so much fresh thinking in Ngeringa 24, as the concert series was dubbed, that it bamboozled at first. Gone was any conventional set program, and in its place was a kaleidoscopic sweep of short pieces by Francesco Landini, JS Bach, Ludovico Einaudi, Astor Piazzolla, Peter Sculthorpe and dozens more composers, plus numerous solo improvisations. Interspersed between the five concerts were poetry readings, electronic effects, creative lighting and black-and-white “lyric visuals” from filmmaker Sera Davies. … Lacey was mesmerising. As an improviser she thrives in the moment, within an aesthetic that is closely tied to nature. Her recorder playing had the effect of altering one’s sense of time, slowing it down and attuning the listener to birdcalls, to the burbling of water and to contemplation itself.
The Australian

The collaborations of recorder virtuoso Genevieve Lacey are invariably imaginative, creative and engaging, yet her most recent offering has raised the bar, even for Lacey, to stratospheric heights. … It is difficult to imagine how Ngeringa 24, an assemblage of some of the nation’s most sensitive and gifted artists at the recently completed Ngeringa Cultural Centre in the Adelaide Hills, could have been bettered. As listeners reluctantly departed from the auditorium, it was as if the linearity of time had been momentarily circumvented. There was that special afterglow that is reserved for only the most transcendent of experiences, an overwhelming sense of well-being that is as nourishing as it is palpable. Ngeringa 24 was a timely affirmation of the power of place that is too often forgotten in our conventional darkened city concert halls. There can be no place like this on Earth.
Limelight

Soliloquy is a celebration of the emotional power of music through musical monologue in Genevieve Lacey’s bewitching renditions of Georg Phillip Telemann’s Solo Fantasias. A 2018 release by ABC Classics, Soliloquy is a gorgeous album. One of Australia’s most fascinating and celebrated artists, Genevieve Lacey’s career is admirably diverse. I was captivated through this album through the raw emotional honesty of Lacey’s playing. Lacey is the kind of performer whose playing is imbued with a sense of silent virtuosity. The playing is always in total subservience to musical intention and creative flow. I never felt like I was listening to Telemann according to Lacey, always Telemann via Lacey. This is a marvellous album. I urge you to find an hour in your day to sit with Genevieve Lacey and her bewitching renditions of these beautiful solo Fantasias by Georg Phillip Telemann. I guarantee a transformative experience.
Music Trust

The recorder virtuoso Genevieve Lacey, performed her solo set with such sensual concentration that the individual pieces she was presenting – almost all specially composed for her – seemed to fuse together as a single work. With pieces such as Fausto Romitelli’s Seascape and her own en masse, Lacey constructed a space in real-time and allowed the audience to drift within it, gently pulling the audience into its depths, guiding our attention to certain obsessively-worked sounds. … The festival closed with a Sunday morning improvised set by Lacey and Ambarchi. Their continuous, softly spoken playing, moving within clearly defined harmonic limits, was transcendent. With each breath, a long, rich tone. With each tone, increasing affinity with the quality of the sounds. With this affinity, an uncoupling of the mind from the senses.
journalofmusic.com

Guest artist recorder virtuoso Genevieve Lacey demonstrated her extraordinary musicianship and versatility playing both Renaissance and electronic-assisted compositions across a range of instruments from the recorder family. Best of all was Adams et døgn – One Day – for solo recorders and computer, its quasi didgeridoo opening bass notes leading to complex reiterations of birdsong-like motifs that appeared to echo through an imagined forest in a celebration of nature.
The Age

Imagine lying in a field listening to a shakuhachi playing an ancient Buddhist koan. Or teaming up with a violin for a traditional Chinese folk song. Or, what the hell, adding koto and double bass to play Pachelbel’s Canon and Mussorgsky’s Pictures at an Exhibition. Imagine. That is what an entire community has done, with the gentle leadership of Four Winds Artistic Director Genevieve Lacey. … In her final festival, Lacey has brought virtuosos of the classical world, local artists, keen amateurs and passionate audiences to a place where music has no boundaries and imagination knows no bounds. … Lacey’s two days of ”what if?” music revelled in unusual instrument combinations and subversive reimaginings of old favourites. … But it also pushed beyond the strangely familiar and into the uncharted ground of new commissions. … Lacey and her magic flute move on but she leaves behind a flourishing tradition of opportunistic programming and can-do creativity supported by an inspiring community.
Sydney Morning Herald

Every so often a theatre performance will come along that has the rare power to touch the heart, lift the spirit, make us laugh, move us to tears and change the way we view our world. Namatjira is such a production. Like the red heart of the vast Australian landscape, Scott Rankin’s brilliantly staged account of the life of famed indigenous watercolourist, Albert Namatjira, is epic in its nature and mesmerizing in its haunting beauty. … Namatjira’s life is related through the time-honoured oral tradition of story telling, combined with music, dance, singing and art. … On the other side of the stage, virtuosic composer and musician Genevieve Lacey creates the haunting woodwind sounds of the desert landscape. Music, art and story telling fuse in a symphony of sentiment, cultural sensibility and awareness.
Canberra Times

Nigel Levings’s lighting makes a powerful contribution to mood [of Namatjira] as does the live score by Genevieve Lacey, whose playing of the contrabass recorder – almost a floor-standing organ pipe – embodies the notion of cultural exchange beautifully.
Sydney Morning Herald

Genevieve Lacey’s en masse was a hypnotic blend of music, sound and film, experienced while lying on lounges in a darkened room. Bliss.
The Weekend Australian

Lacey is an inspiring performer who lights up the stage with her fevered cascades of notes and soulful lyricism. … It was in the largo that Lacey’s transparent tone came into its own floating sybaritically over the pizzicato accompaniment. Next stop, an extended outbreak of birdsong miraculously flooding out from Lacey’s fingers.
The Sydney Morning Herald

This was a bravura performance from a consummate artist. Rapid runs and figurations were executed with thrilling agility and astonishing clarity of articulation. In slower movements, her elegant phrasing and finely graded dynamics created moments of hushed intensity. Throughout, Lacey sustained splendid breath control and refined timbre, radiating burnished warmth on the lower-pitched instruments and gleaming purity from the higher-pitched ones.
The Australian

The night’s most moving moment came in the simple, fluttering poetry of Lacey’s version of Jacob Van Eyck’s Engels Nachtegaeltje. In one of the more familiar works played, the performer’s ability to make her own dexterity appear effortless and the care she dealt out to every note in this solo’s rich structure ensured the festival began with a touch of magic.
The Age

Telemann’s Recorder Concerto in C showed Lacey’s warm tone on the gentle treble recorder. Her marvelous breath control and articulation made joyful work of Telemann’s cascading runs and infused the slow movement with aching sorrow. … The concert was delivered with a confident élan that made the outrageous versatility and virtuosity appear normal.
West Australian

Genevieve Lacey swoops from stratospheric sopranino to low hovering bass recorders with ease, perfection and grace. In her company, the program soars to dizzying heights, carrying the audience aloft on wings of song to delight the ear and beguile the soul.
The Sydney Morning Herald

The final pair of pieces, songs by Hildegard von Bingen, receive exquisitely simple treatment … both are entrancing, with subtle nuances or ornament, rhythm, intonation and articulation illuminating the pure, floating melody. There has always been something otherworldly about Genevieve’s playing, and this repertoire brings it to the fore. There is no overt display of virtuosity here, just beautifully expressive playing which transcends technique.
Music Forum

Genevieve Lacey shows just how it is done – beautiful sound, clear pitch and a musical intelligence that is unswerving…
The Australian